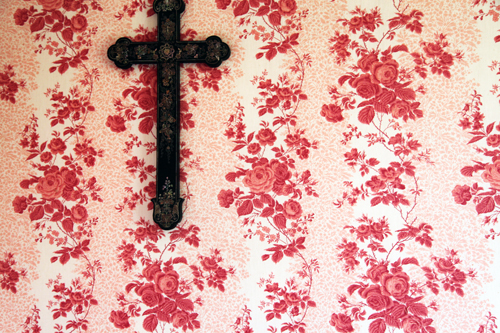 Far too rarely do we experience the process of saying farewell as an absurd and potentially
hilarious story. Lucia Margarita Bauer's grandmother Babet Berger died on April 6, 2012.
The story of her semi-criminal transfer from the southern German town of Riedlingen via
Paris (including a bus tour and Seine trip) to the French grave of her husband was the
starting point for the film 'Maman Maman Maman'. She embarks on a search for her own
roots and, as can be expected, gets caught up along a few detours.
As with her debut feature The Snake In The Jar from 2013, Lucia uses many cinematic
sources in 'Maman Maman Maman' – letters, photos, items of all kinds, cousins' cellphone
videos, recordings made by her great-grandparents, as well as Super-8 films made by
grandmother herself. The result is a kaleidoscope-like anti-portrait, with particles striving
in all directions while the center remains obscure until the end – about life and the deep
relationship between tragedy and comedy, slapstick and death.