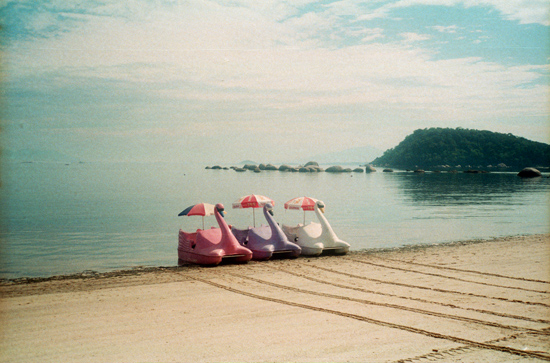 joon film is a film production company and platform for artistic collaborations.
Its approach is finding ways of producing films and making film works visible
which are situated outside traditional markets and hierarchies — not perceiving
film so much as a strongly self-contained discipline within its own medium but
exploring the boundaries between film and print, trespassing into other forms
of expression like literature, graphic art or print-making.

Ann Carolin Renninger is the founder of joon film. She lives and works in Berlin
and Glücksburg. Besides her commitment for the artistic film at joon film she
works as a producer at zero one film, Berlin. She was a jury member at various
film festivals and art stipend programs.

In 2016 she received an Art scholarship Film/Video Berliner Senat. Her first film
‚From a Year of Non-Events‘, co-directed by René Frölke, premiered at Forum
Berlinale in 2017.